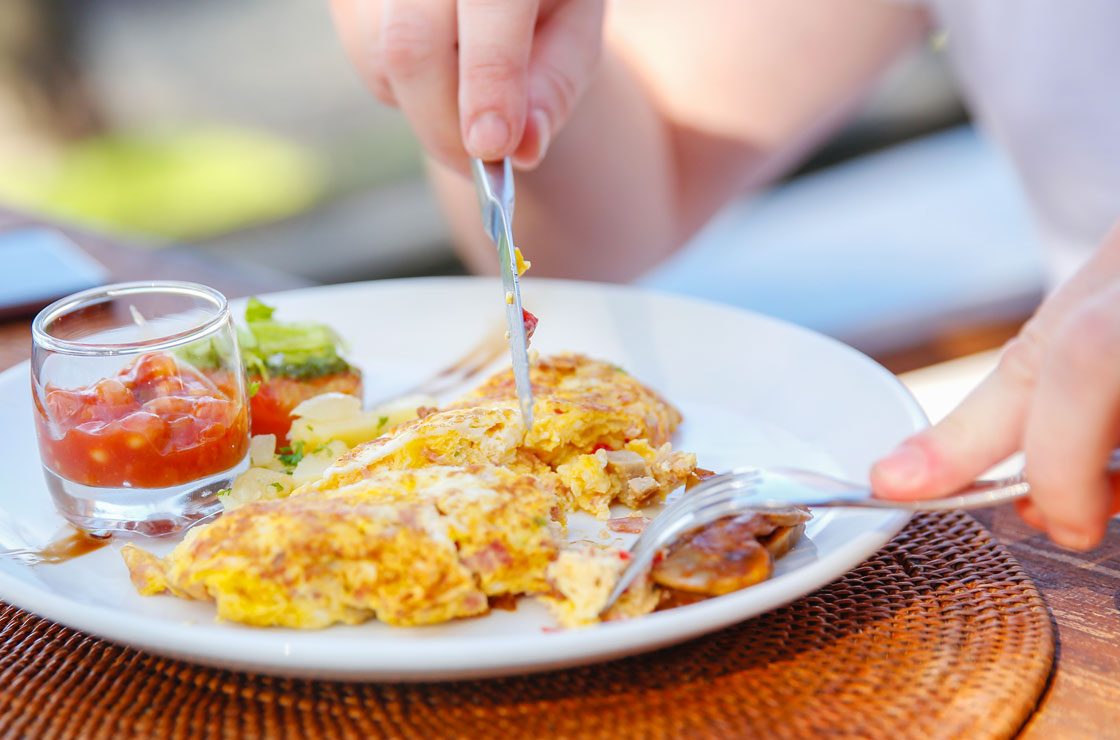 For years, some experts have recommended eating six smaller meals over the course of the day to help control weight and blood sugar. But results from a new study are casting doubt on the effectiveness of this approach to meal planning. Three meals a day consisting of a high-calorie breakfast, an average lunch and a small dinner is considered a healthy diet to lose weight and control blood sugar, according to research presented at the 2018 annual meeting of the Endocrine Society.

Scientists from Tel Aviv University recruited 11 women and 18 men with an average age of 69 who were obese and taking insulin to control type 2 diabetes. Participants were randomly assigned to one of two groups for three months. Although both groups ate the same number of calories per day, one group ate three meals per day – a large breakfast, average lunch and small dinner. And the second group ate the six small meals plus three snacks evenly spaced throughout the day.

“This study is small but significant,” says Bernard Kaminetsky, MD, medical director, MDVIP. “Meal timing is a relatively new topic in research. And it just might be an effective method of controlling your metabolism and metabolic diseases such as diabetes.”

At the end of the three months, researchers found:

Circadian rhythm is your internal biological clock. It helps control functions such as temperature, respiration rate, sleeping patterns and hormonal variances over a 24-hour period. Your circadian rhythm helps your body prepare for and wind down from the day, as well as get enough rest. But it also plays a role in various conditions including asthma, diabetes, high blood pressure and sleep disorders.

Recent studies have tied circadian rhythms with metabolism and weight control efforts. And if enough studies confirm this theory, future advice from experts may focus more on when you eat, as opposed to what you eat.

Before making any dietary changes, talk to your MDVIP-affiliated physician. Looking for a primary care physician? Find an MDVIP affiliate near you and begin your partnership in health »

This content was last reviewed and updated during February 2021.